The complete set of genes in a cell is known as the genome while the full range of proteins a cell can make is the proteome. These are the steps that bridge these two realms. 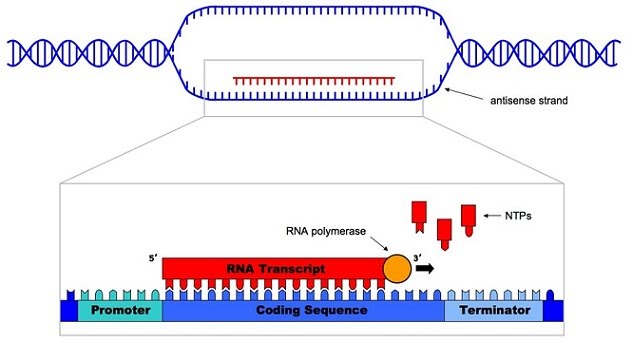 As you can see, the DNA double helix unwinds, RNA polymerase anneals to the coding strand and recruits freely available bases (A, U, C, G) to build an…