In the field of disease, pathogens are organisms found at the crossroads between species and their way of surviving and reproducing. At these specific crossroads, the actions of one organism hurt the other. The pathogenic organism is the one inflicting disease upon the victim.

The mechanism of transmission for pathogens can include carriers and disease reservoirs. Carriers are infected with the pathogen but do not suffer from disease as a result of infection. Sometimes, this state can make them better at spreading the pathogen to others who might be more susceptible. Disease transmission can be effective when many carriers act as disease reservoirs in a population. They carry a pathogen that does not affect them negatively, is perhaps dormant, but could still be spread to others. People with weak immune systems, the very young and the very old may suffer from disease. An example of a disease with large reservoirs in certain clusters around the world is tuberculosis. 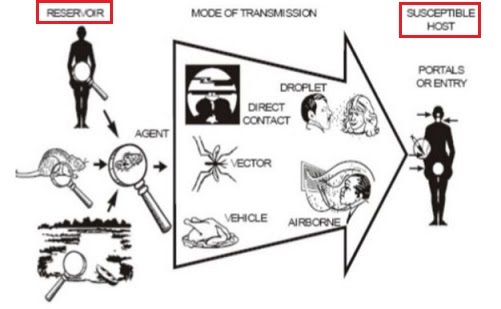 In the case of malaria for example, the parasite-caused disease is transmitted to humans via mosquitoes. They are vectors of the malarial parasite. This means they carry around and move the pathogen and enable infection of humans, without which this wouldn’t happen.

Where disease is present constantly over time, it is said to be endemic, for example as tuberculosis is endemic to parts of India. When an otherwise absent or infrequent disease surges in cases in a population, it creates an epidemic. If an epidemic spreads internationally, then it becomes a…