🌵 Adaptation to the environment

As previously seen with plants adapted to wet or dry conditions, different species employ a variety of adaptations to match their environment. The sum of all adaptations comprises behavioural, physiological and morphological adaptations.

The kangaroo rat lives in a dry environment

This lil’ fella is an adorbsssss little mammal that lives in North America in very dry/desert-type areas. It is a master at preserving its water, and can live without ever actually drinking water at all. Some of its adaptations are behavioural such as being inactive during the day and being active at night when it’s colder, as well as burrowing into sand, and bathing in sand to keep its hairs free of too much oil which would decrease their ability to insulate the body. 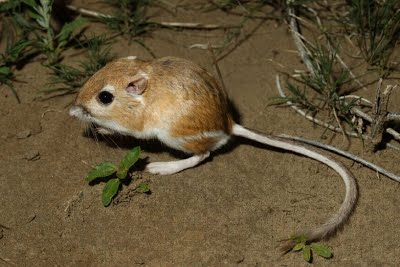 Other adaptations regard the kidney itself and are morphological, specifically very long loops of Henle. They allow longer filtration processes to take place, which allows as much water as possible, to the extreme, to be reabsorbed. Their urine is very small in volume and extremely concentrated in urea (physiological adaptation), up to 10 times more concentrated than a human’s.

They also obtain water from their metabolic oxidation reactions in cells, up to 90% of all their water. The remainder comes from food such as seeds. Oh, and by the way, if they weren’t adorable enough already – they’re called kangaroo rats because they jump like a kangaroo, can you imagine??

Herbivores adapted to a high cellulose diet such as ruminants have specialised teeth. They do not have incisors which are used to tear flesh in carnivores. Instead, they have a dental pad that helps chew plants, constituting a morphological adaptation. Looks so weird, took me a while to understand what was going on.

To help with the constant grinding, their teeth also grow continuously. This s a physiological adaptation…..