If some behaviour is innate, other behaviour is learnt through various series of events that happen at critical times early in life, or later on and throughout.

These actions are “hard-wired”, complex, stereotyped and species-specific. They are responses to a stimulus or trigger from the environment, but are more complex than simple reflexes. Stereotyped actions are rigid and have a strict structure that is followed each time.

Once activated, the action runs to completion regardless of further changes in the environment. There are no learning elements to fixed action patterns – they occur independently of experience. 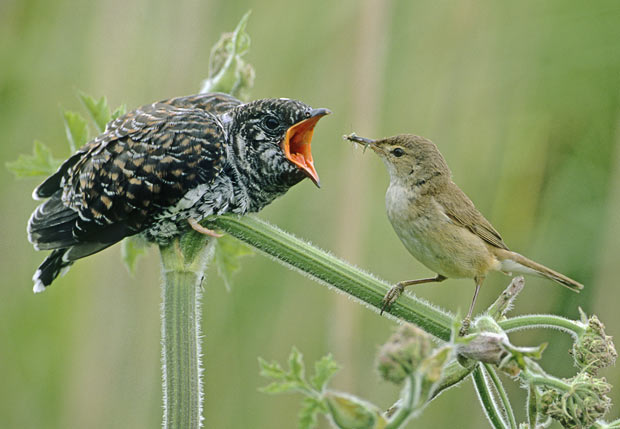 A good example of a fixed action pattern is brood parasitism as carried out by the cuckoo. The parent bird species sees the invader cuckoo egg in its nest alongside its own eggs. This is the trigger. The bird assumes the eggs are its own, and doesn’t second-guess raising them all in the same manner.

Once the cuckoo hatches from its egg, it instinctively pushes the other eggs out of the nest with its head. This maximises the attention and food it will receive from its unwitting adoptive parent. Both parties exhibit fixed action patterns: one of taking care of an egg even after the cuckoo hatches and looks totally different and extremely…