At the heart of both the carbon and nitrogen cycles are microorganisms such as bacteria. These key nutrients pass from plants to animals through ingestion and digestion (eating!) in a very straightforward way, but what happens after those organisms die is a far more interesting tale. 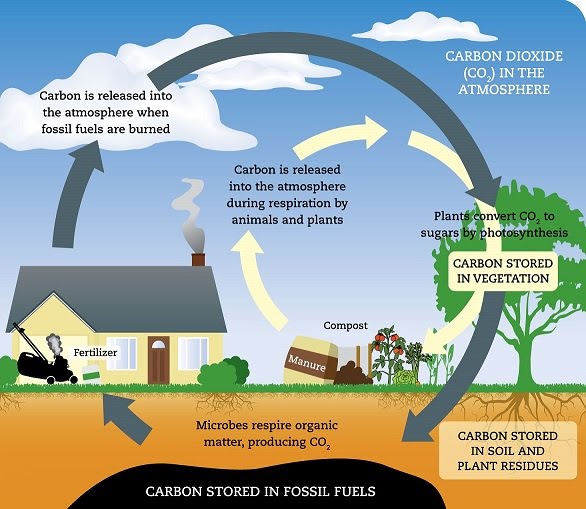 This carbon in glucose is either respired by the plant itself and released as CO2 back into the atmosphere, or is passed on to animals eating the plants. Here, it either gets released back as CO2 in respiration or becomes manure.

But eventually, all the carbon not quickly released back into the atmosphere as CO2 will end up in the ground, for microorganisms to decompose.

Saprobiotic* bacteria can assimilate organic waste (all of which is made of carbon) and use it for their own respiratory needs. This in turn produces CO2 or methane gas, depending on…