-as previously covered, and their primary defining element, they lack a nucleus; instead, their DNA is a single circular molecule freely present in the cytoplasm and not associated with any proteins such as histones in eukaryotes; however, the general area where the genetic material hangs out is termed a nucleoid 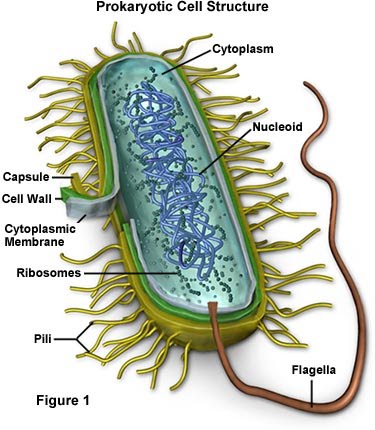 -one or more plasmids which are also circular DNA loops but much smaller; these can be exchanged between cells or even between different species as they can carry genes for antibiotic resistance

-one or more flagella which aid in locomotion

The core components of cells are the outer membrane, the cytoplasm (substance inside which contains all other stuff) and the nucleus (contains DNA). All the other stuff is made up of various…