How to measure cytometry and bacterial growth

How to measure cytometry and bacterial growth

Once the right environment is set up (often this means 37 deg. Celsius, shaking the flasks to introduce oxygen bubbles into the solution and optimise growth, leaving plates incubating overnight, etc.), growth can finally be monitored. There are many ways of doing this, such as cell count, viable cell count, mass and optical methods that detect turbidity.

Total cell counts involve pipetting a small volume from a liquid culture under a slide with a grid and looking at it under a microscope. The smaller sections of the grid can be used to count the number of cells, then multiply it by the number of sections and by the factor corresponding to the volume taken from the main solution, to obtain the total number of cells present. 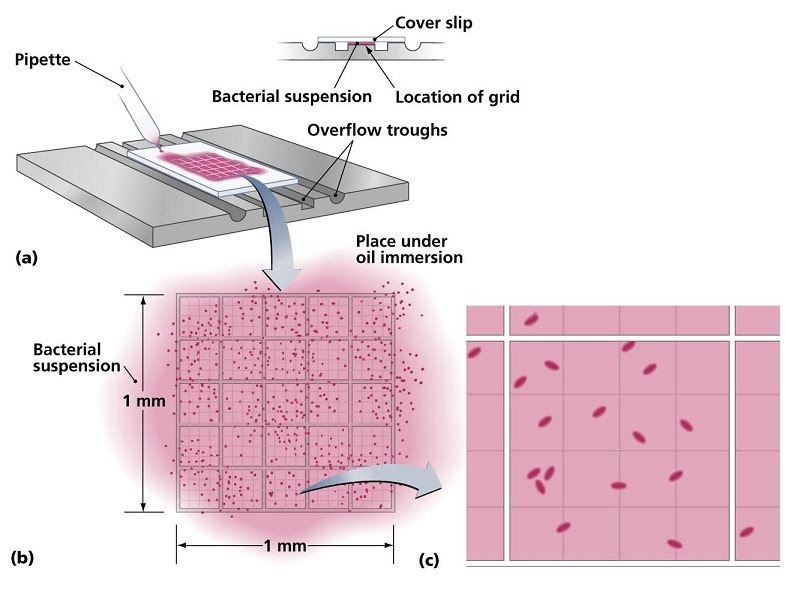 Another method of measuring your cultured microorganism is viable cell count through dilution plating. This is done when the initial amount is unknown, as well as to find out various things about the organism. Sequential agar plates of increasingly diluted microorganism samples are set up, and the emerging colonies are counted (usually grown overnight). Colonies form from just a single or few cells, so are good for tracking growth and estimating numbers. On some plates nothing might grow, while others might have far too many colonies to easily count. 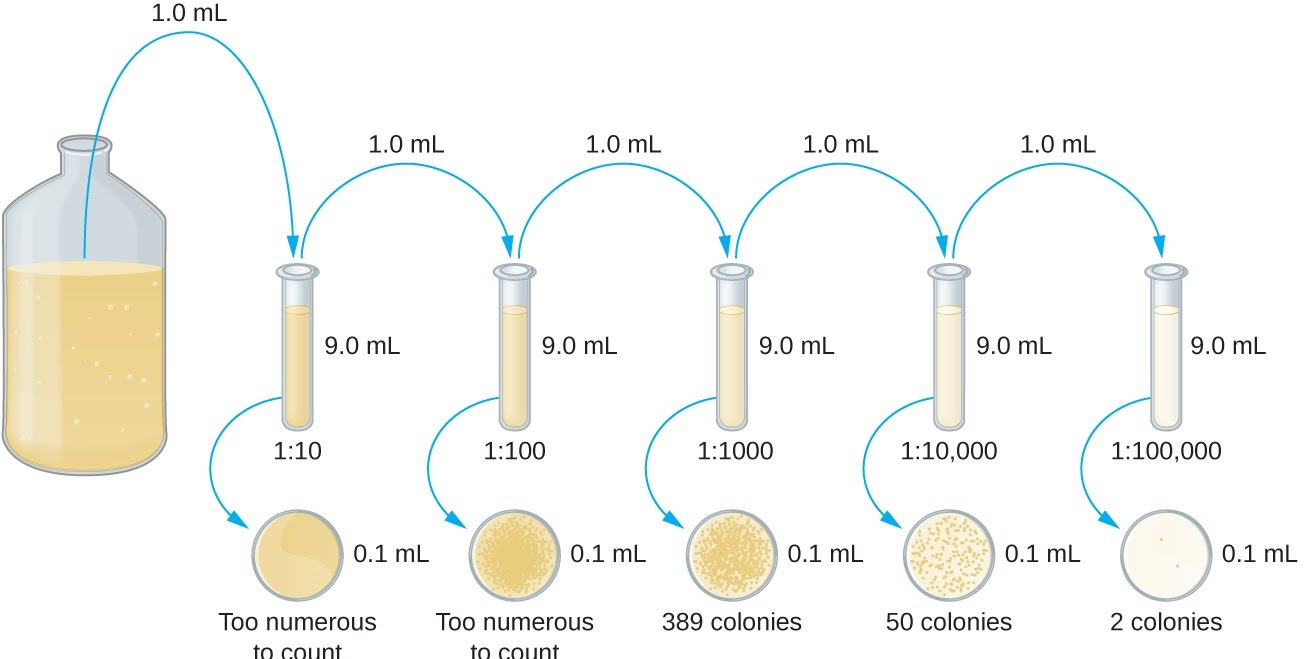 The mass of course reflects the grow of microorganisms too, and can be measured from liquid cultures usually after centrifugation to separate the cells from the liquid, disposing off of the liquid an then weighing the solid mass of cells that have grown.

Because this method enables the detection of those cells in culture that are alive (as opposed to total cell count), is is termed viable cell count.

Finally, and the most used measurement technique, is measuring the absorbance or optical density (OD) of a liquid sample. As cells grow, the solution becomes increasingly turbid (opaque, cloudy) so how much light can pass through is a measure of how many cells have grown. For example, 1 ml samples from large flasks (of around 1 or 2 litres) of E. coli culture are taken every half an hour. They are pipetted into special clear cuvettes that are placed into a spectrophotometer. This passes a beam of light through the sample and detects the light passing through on the other side at a wavelength of 600 nm, specific to E. coli. 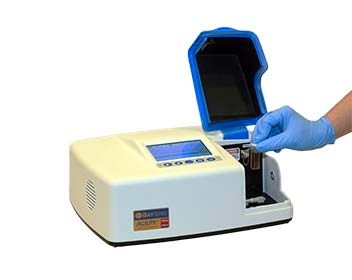 A value of 0.1 shows the beginning of bacterial growth, while by 0.8 they are growing exponentially. The trajectory of their growth curve is highly reproducible, and indicates specific growth stages in a culture. 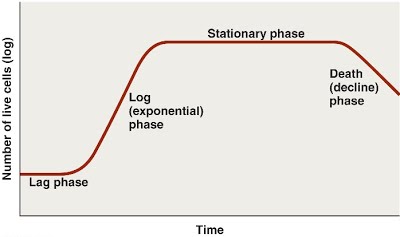 The lag phase represents the beginning of their growth where enzyme induction starts taking place. Once they get adjusted to their new environment and start thriving, they are ready to divide. This takes place actively during the log phase when their growth is exponential (because 2 cells become 4, and 4 become 8, and 8 become 16). Once their expansion into the media has reached its maximum potential, and they begin to run out of space and nutrients, they reach the stationary phase where division halts.

If the medium is left the same, with excretory products ever increasing and nutrients running out, they begin to die. This is the death phase.

For the purposes of high metabolic activity and production of desired protein e.g. enzyme, the log (exponential) phase is of key interest. This is where bacteria divide rapidly and along with that, produce whatever the desired chemical might be. When the product is genetically controlled to be activated and start production upon the presence of a specific chemical e.g. a lactose analogue inducer, production can be initiated externally by adding the chemical at a specific time.

Alternatively, an inhibitor might be added to halt a certain reaction or protein synthesis activity. This might be done to check the amount produced in a given time period, or prevent toxicity arising to the microorganism making too much of a certain chemical.

This time is during log phase. A microorganism culture is often monitored closely to see when growth reaches this stage….