How are DNA and Chromosomes alike?

The Differences between Eukaryotic and Prokaryotic DNA

How are DNA and Chromosomes alike?

DNA and chromosomes may seem like completely separate things. Well, they’re not. In fact, all chromosomes are individual DNA molecules coiled and twisted around, because DNA is huge. At least in eukaryotes it is. That’s one of the first differences between eukaryotes and prokaryotes in their DNA – prokaryotes have less DNA.

Eukaryotic DNA is stored within the nucleus of each cell (apart from cells without one, e.g. red blood cells). Because of its sheer size, it must be organised well. Proteins called histones help do just that: 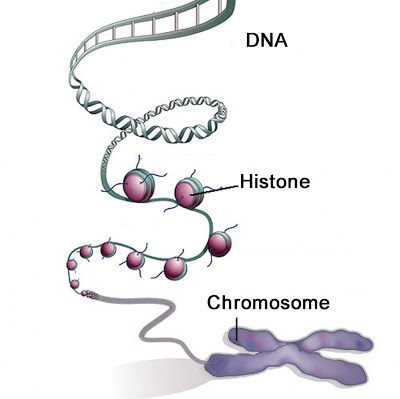 This is the second difference: eukaryotes have histones around which the DNA coils, while prokaryotes don’t. 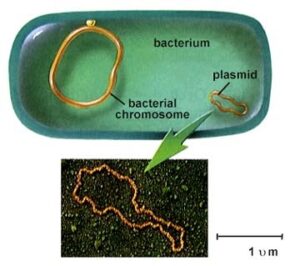 The DNA above is stored as a small loop (the bacterial chromosome), and as a plasmid. A plasmid is even smaller, and may be copied and transferred to another bacterium of the same or different species by a process called conjugation (or, more colloquially, bacteria sex..took weird turn i know)….