Human influence on climate change and depletion of resources, and its politics
Climate change
Overfishing
The CITES treaty
Managing conflicts in sustainability of resources
Validating evidence in the scientific process

Human influence on climate change and depletion of resources, and its politics

Human industrial activity has contributed large amounts of chemicals, notably carbon dioxide (from combustion activity), to the Earth’s atmosphere that is changing the climate in many areas with varying outcomes and intensity, from an overall average increase in temperature.

Aside from CO2, methane is also a greenhouse gas – that is, it has the potential to increase the Earth’s average temperature. Greenhouse gases are responsible for the Earth being about 33 degrees Celsius warmer than it would be without them. 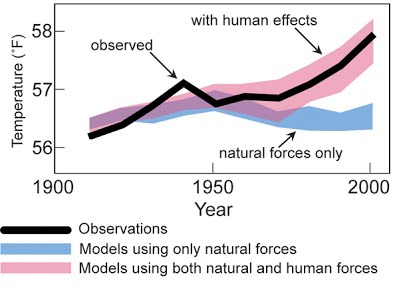 The issue arises when the otherwise slow, natural development of global weather patterns is significantly sped up by the burning of fossil fuels. The receding of the North Pole ice (from the yellow line): 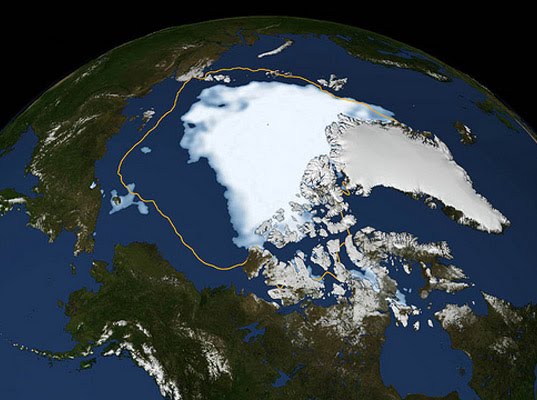 A seemingly small increase of several degrees Celsius can have vast effects on the Earth’s crop plants, insect pests and wild plants and animals.

For example, the life cycle of many insect pests is tightly regulated by temperature. A very finely tuned heating up or cooling down triggers development and reproduction. The result of warming is a faster life cycle…