This type of diagram shows genetic inheritance over generations. Squares are males and circles are females. Filled shapes are affected by the specified condition while hollow shapes are not.

Shapes joined horizontally are couples while shapes joined vertically are children; those joined indirectly are siblings. These are purely genetic relationships of surviving individuals (other symbols are used for anyone adopted, miscarriages, etc.). For example, in the above diagram the father (generation I) has a genetic condition. Together with the mother, they have 1 daughter and 2 sons. All but 1 son also have the condition.

Mutations are a random occurrence during DNA replication and the rate of mutation is influenced by external factors such as UV radiation. Mutation occurs spontaneously.

There are different types of mutation:

Deletion where one or more nucleotide bases are deleted. AGTCA becomes AGCA

Substitution where one or more nucleotide bases are replaced by others. AGTCA becomes AGTCG 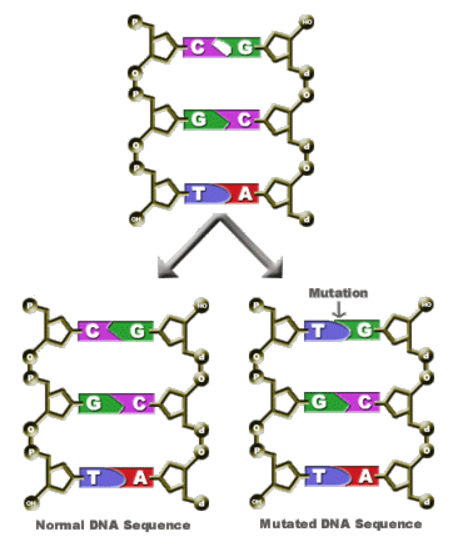 Addition where one or more nucleotide bases are added as extra. AGTCA becomes ATGTCA

Inversion where a section of DNA is inverted e.g. AGTTCATTCCAGG becomes AGTTCCCTTAAGG

Duplication where one or more nucleotide bases are repeated e.g. AAGTCG becomes AAGTCGAAGTCG 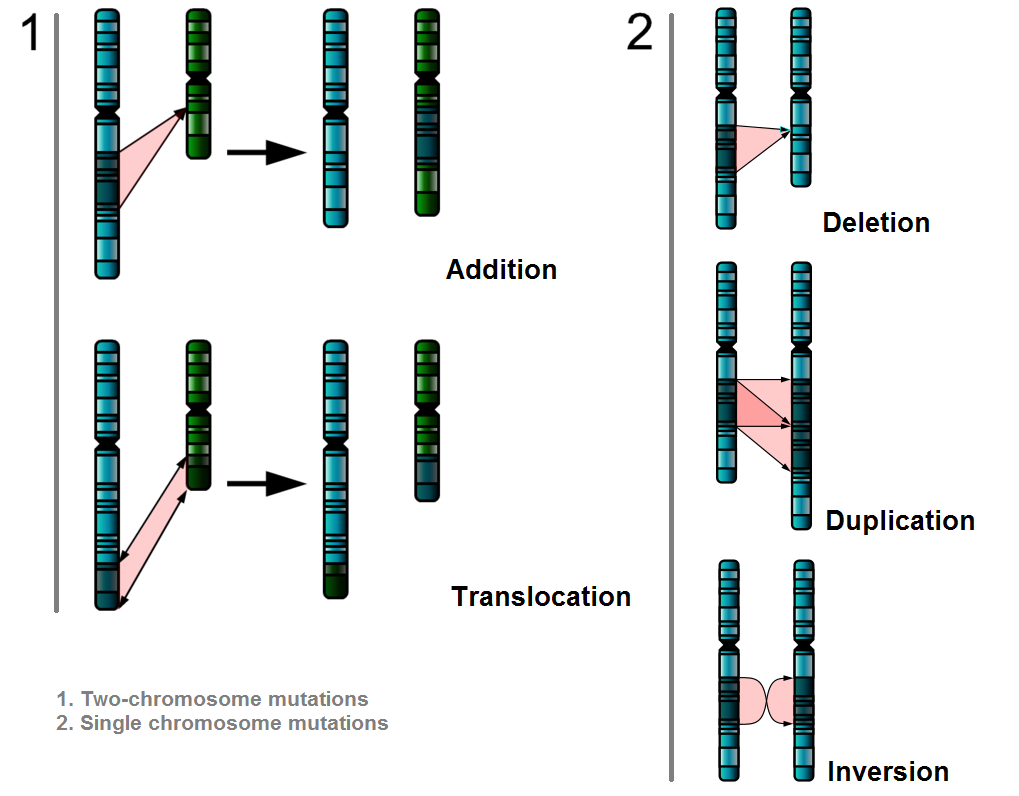 Since the genetic code is degenerate, it’s possible that a mutation won’t have any effect whatsoever! This represents silent mutations. If 2 different triplet codes translate into the same amino acid, the polypeptide chain will remain unchanged. This of course only applies to substitutions.

Another scenario where a mutation may cause no effect is if it arises in an intron. Since these are removed