How fish carry out gas exchange

Fish extract dissolved oxygen molecules from the surrounding water. The oxygen content of water is much lower compared to air, so fish have special adaptations which enable them to make the most of the available oxygen. These adaptations are gills. 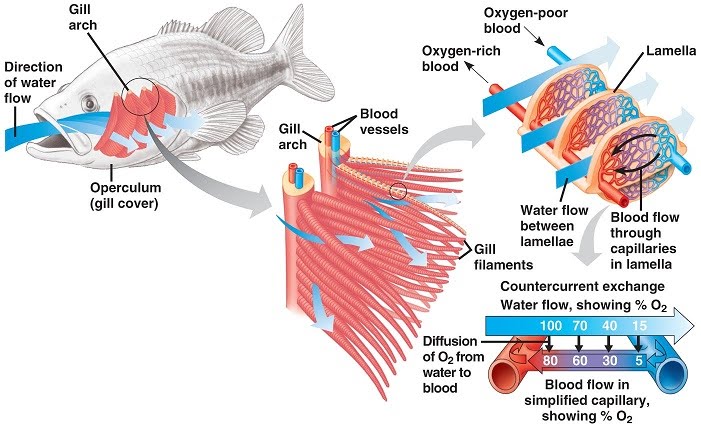