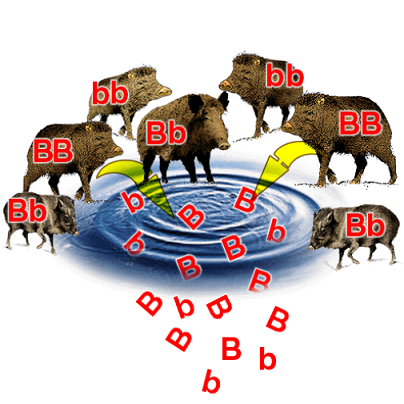 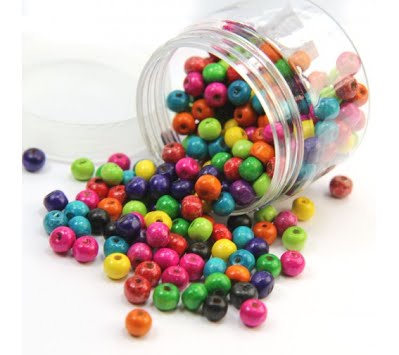 Selection can tend towards a “happy medium” and avoid either extreme. This is stabilising selection. If really small lions don’t survive long, but really large lions can’t supply themselves enough food, then the average lions are selected for and achieve the highest frequency. 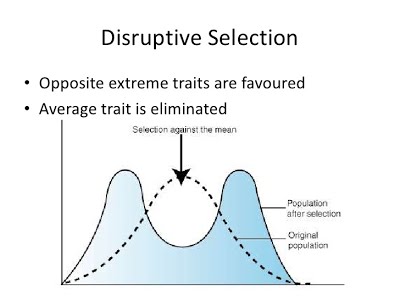 An example of this is an original population of purple individuals which stand out quite a lot amongst red and blue flowers in a field. They will end up shifting towards either red or blue, but not staying purple as this attracts predators.

The background fluctuation of allele frequency in a population that is not a result of any selection pressure, just chance, is called genetic drift. This can be due to deaths and sampling variables. For example, if offspring…