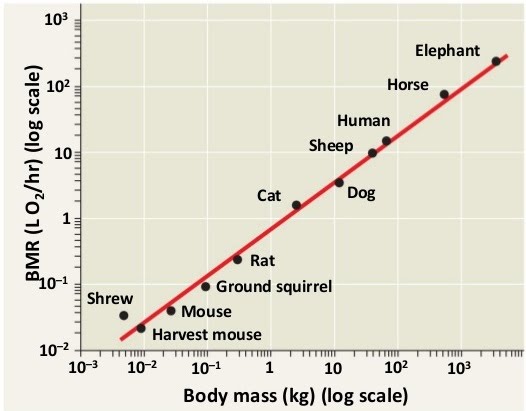 There is a positive correlation between the volume of oxygen used per hour and the body mass of animals. Unsurprising!

Given that larger animals have accordingly larger metabolic rates, more efficient oxygen delivery is needed to sustain them. Therefore, adaptations in heart chambers, circulation and lungs can be seen in amphibians, reptiles, mammals, birds and fish (excepting lungs in fish)….