Lipids are not water soluble

How to test for lipids

Lipids are not water soluble

Membranes are made of phospholipids, which are made of lipids. Lipids are the stuff of oils, fats and waxes. They’re not water soluble which makes them good for energy storage as their presence doesn’t interfere with the amount of solutes in the cell’s water (water potential) and their structure holds a lot of chemical energy (hence why fats have more than double the amount of calories when consumed compared to either carbohydrates or proteins). Their insolubility to water also comes in handy for waterproofing purposes such as the top side of plant leaves. In animals, fat can serve as insulation to conserve heat.

Unlike proteins and carbohydrates, lipids are not polymers. Lipids which store energy are triglycerides, while those which form membranes are phospholipids. Triglycerides are formed by a molecule of glycerol with three fatty acids attached. The reaction which results in triglycerides is condensation. 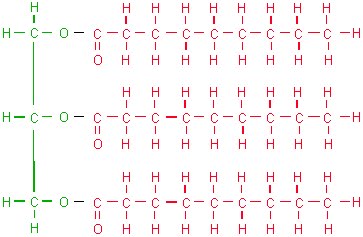