Here is the structure of a myelinated motor neurone: 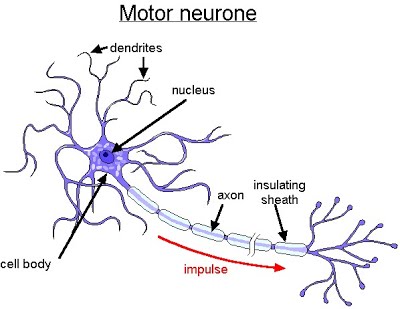 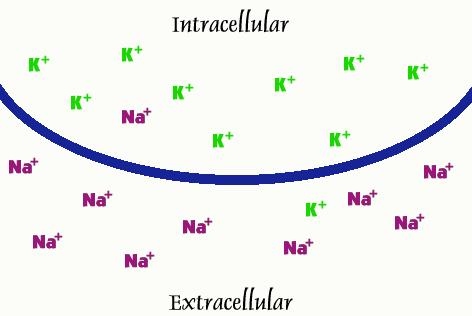 Found on the membrane there are Na+/K+ pumps which carry out active transport against the electrochemical gradient of these ions. The resting potential of the membrane is negative on the inside and positive on the outside – but how? Aren’t both sodium and potassium ions positively charged? This is achieved by the pump transferring 3 Na+ ions out while taking only 2 K+ ions in. This is where the difference comes from….