🥨 Nervous and hormonal control of digestion

Digestion is the process by which large biological molecules such as carbohydrates, lipids and proteins get hydrolysed into their smaller constituent molecules so they may be absorbed across cell membranes.

Digestion starts with food ingestion and even before the nutrients reach the stomach. A variety of enzymes carry out the breakdown of these nutrient molecules. The first, amylase, is present in saliva as well as secreted by the pancreas. Multiple nervous and hormonal pathways control digestion and the secretion of digestive juices. 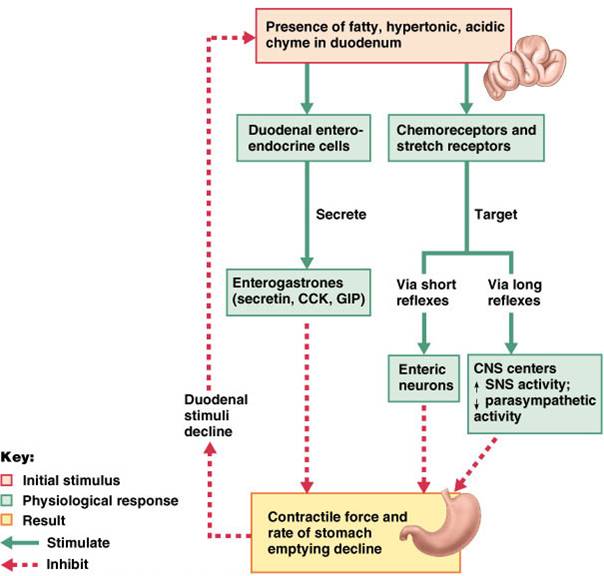 The sympathetic and parasympathetic pathways facilitate or hinder digestion. There are many feedback loops between the brain, stomach, intestine and other organs which control the rate of digestion. For example, the rate of stomach emptying is controlled by the amount of fatty, hypertonic, acidic chyme in the duodenum (the first section of the small intestine).

Endocrine cells and chemoreceptors feed back to the stomach via multiple mechanisms that it must lower its contractile force and rate of emptying.

The first and last section of the small intestine respectively (the middle being the jejunum) display their characteristics under the microscope. 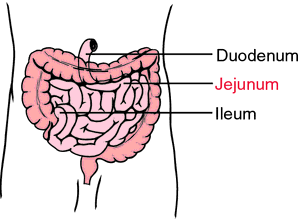 The duodenum is where proteins and lipids get broken down with the aid of liver bile and stomach chyme, while the ileum is where bile acids and B12 get absorbed. 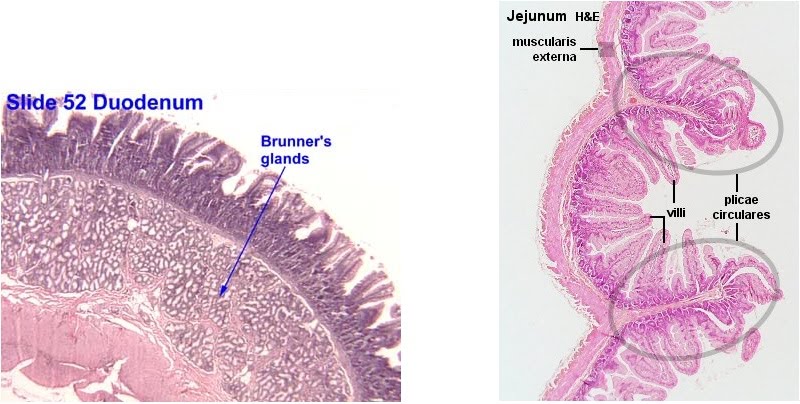 Brunner’s glands in the duodenum produce mucus that lubricates the duodenum, protects against stomach chyme acidity and provides an alkaline environment optimal for enzyme action. These are exocrine glands, so-called because they release their products outside the cells instead…