Brain development takes place significantly in the first part of life, and before birth. As a large and energy-hungry organ, its development starts from a simple location at the end of the nerve cord in the early embryo, to a highly complex structure with multiple areas, as neurons are synthesised in a stem cell rich part of the brain before migrating to their respective final locations.

The neural tube is the origin for both the brain and the spinal cord.

The part of the neural tube that develops into the brain is the ectoderm. It folds in on itself while the tube elongates. Neurons are produced by differentiation and migrate to their final location. 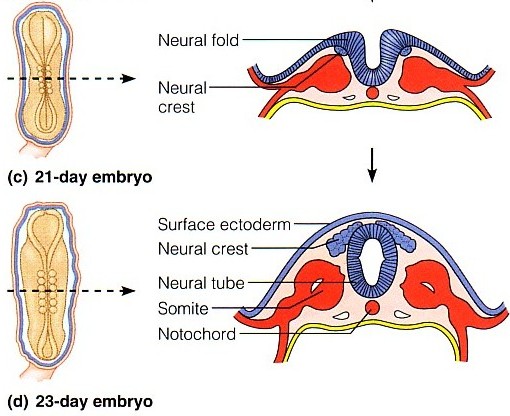 Chemical signalling causes neurons to grow axons which extend into different parts of the body. As they develop, they form multiple synapses. Depending on how well-used synapses are, they remain or desist.

Neuron axons start forging their way into tissue to their destination, sometimes very far from origin, by sensing their environment. Some of them can overgrow and later get “pruned”. 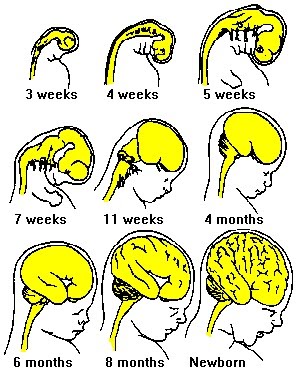 New neurons continue growing, mainly before the birth of the individual. Newborns have brains with significantly more neurons than adults. The first part of life, baby to toddler i.e. 0-3 years old, is a critical…