What is courtship behaviour?

Identify members of their own species

What is courtship behaviour?

The acts it encompasses are as varied as life itself; a sound, a gesture, an action, etc. The overarching and general attribute all these behaviours have (which makes them courtship) is whether they appear to be connected to successful mating.

Identify members of their own species

The first feature of courtship behaviour is that it enables organisms to identify members of their own species. The central part of the definition of a species is the members’ ability to produce viable offspring. Hence, attempting to mate with members of a different species is not an advantageous behavioural trait in the context of reproductive success.

Courtship behaviours also allow organisms to approach one another without aggression or invasion of their personal space.

Sometimes the outcome of courtship behaviour is the formation of a pair bond. This bond results in a better reproductive success, due to the increased survival probability of the offspring. In some species this is the case, while in others it isn’t. This is tightly related to a specific organism’s physiology. Fish are able to lay a huge number of eggs, while pigeons only lay one or two. Therefore, it is more likely that pigeons would from a pair bond, rather than fish. 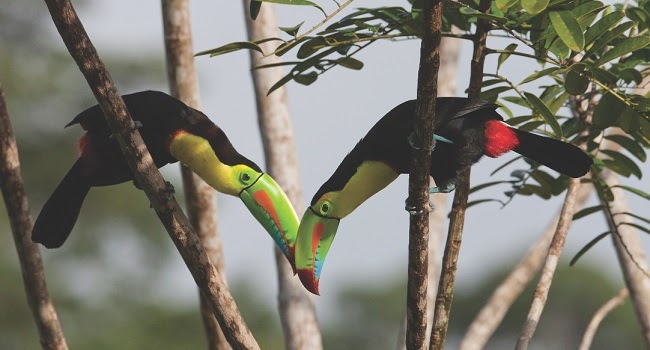 Last, but by no means least, is the nature of courtship behaviour which makes it a tool for sexual selection. This is not a mere test of survival (natural selection takes care of that), but a test of relative superiority in a variety of attributes which vary between species, at different times, and even between individual organisms. These attributes…