Isn’t that grand? Let me tell you a little secret. For anyone who’s seen the film Life starring our first Martian life form called Calvin, there is way that cells can associate the way Calvin does. In this case, cells aren’t at all differentiated to do different things in tissues, organs, etc. but instead maintain their single cell status among equal single cells. They associate at a higher level to produce certain greater effects, and can even look as if the structure were multicellular or complex, but it isn’t really, or at least it isn’t in the same way it is for true multicellular organisms.

This is the case for algae as well as for fungi and creepy Martian creatures.

Organisation can be seen under the microscope as well, for example with epithelial, muscle and connective tissue. 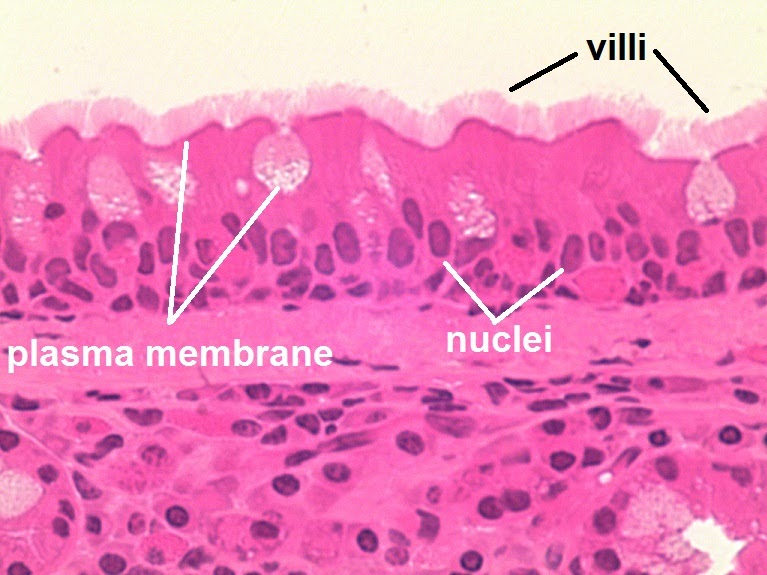 Epithelial tissue such as the one found in the small intestine where nutrients are absorbed, consists of closely stacked, elongated cells that look like columns and have a highly folded plasma membrane that creates villi. These greatly increase the available surface area for nutrient absorption…