🦝 Outline of the plant and animal kingdoms

The plant kingdom Plantae comprises of mosses, liverworts, ferns, conifers and flowering plants. Despite their popularity, flowers are actually very new relative to other plants.

Some plants do not make seeds, such as ferns, while other do e.g. flowering plants. The structure of a plant’s stems, roots and leaves is associated with its genus and species.

Knowledge of taxonomy is useful in being able to make predictions in unknown species by using information on a more common, often model organism. In the plant kingdom, Arabidopsis thaliana is a model organism subject to a lot of research. 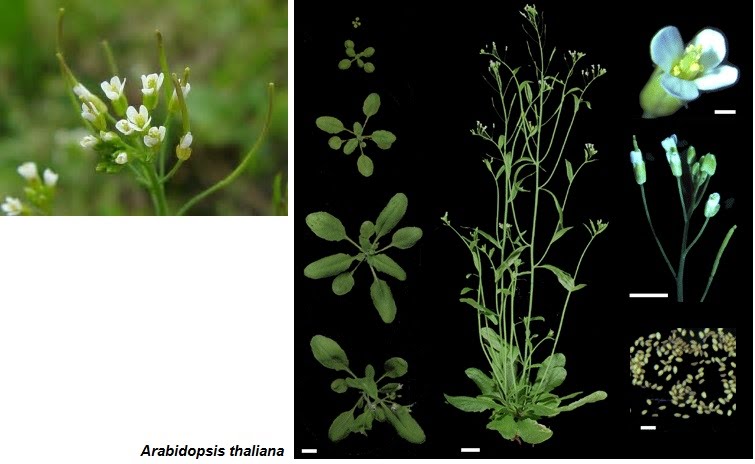 It is easy to cultivate and has a very small genome for a plant, as well as being diploid. It has so far been used in a lot of genetics and evolution research, and has been key to working out how flowers develop (the ABC flower development model).

In the animal kingdom, classification goes into phyla such as the Chordata i.e. vertebrates and sea squirts, Arthropoda (joint-legged invertebrates), Nematoda (round worms), Platyhelminthes (flatworms) and Mollusca, to name just some.

Arthropods like insects and arachnids are differentiated through their segmented bodies with paired legs, 6 in the case of insects. Nematodes include many different species of parasitic worms. Flatworms, part of the Platyhelminthes phylum have bilateral body symmetry with internal organs, but no actual body cavity. Molluscs include snails and other shelled species.

Model organisms from multiple phyla have been used to investigate biology, including worms, flies, mice and rats.

From the kingdom Monera, a ubiquitous model organism is E. coli. A bacterium, it is commonly used in molecular biology. All these model organisms across kingdoms have…