The concept of planetary boundaries was developed to quantify and monitor the broadest areas of environmental impact that would affect human habitability on Earth, and with that, define and quantify the limits within which human activity could safely be conducted.

So far, nine boundaries have been defined, with more open to being added. Three of these are thought to have already been breached: climate change, loss of biodiversity and biogeochemical flow. 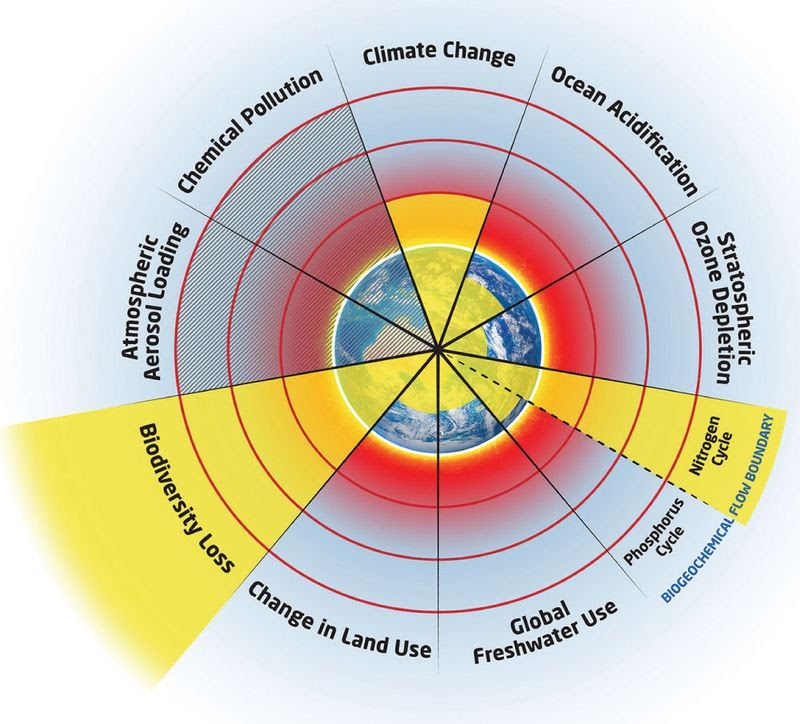 The biogeochemical flow boundary refers to the phosphorus and nitrogen cycles. Specifically, the nitrogen cycle boundary has been breached, due to the heavy use of fertilisers that have leaked into water bodies and the wider environment, as well as nitrogen emissions by factories. This has led to eutrophication affecting sea life e.g. shrimps in the Gulf of Mexico, and to a growing disruption to the nitrogen cycle that exceeds that experienced by carbon in the carbon cycle.

Biodiversity loss refers to the accelerating extinction of species from Earth, which serves to indicate the overall habitability of the planet, as well as the stability and prosperity of existing biological communities…..