This is a model used to classify different populations depending on their birth rate, death rate, overall population size, and the factors behind these numbers. There are 5 different stages:

Birth rate is high due to lack of contraception and low education. 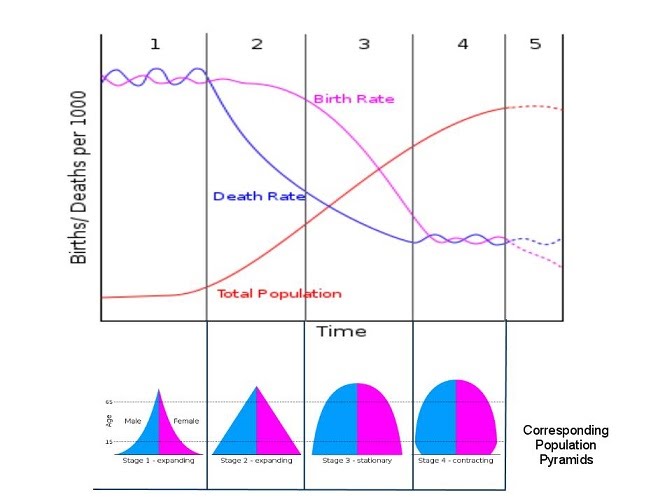 In stage 2, the causes of high death rate ameliorate, but not those behind high birth rate, therefore:
Birth rate is high for all the reasons in stage 1.