Primates is an order that belongs to the mammalian class. It is also the order that humans (Homo sapiens) are part of. Primates evolved to live in the trees of tropical forests, which was a challenging niche to adapt to. 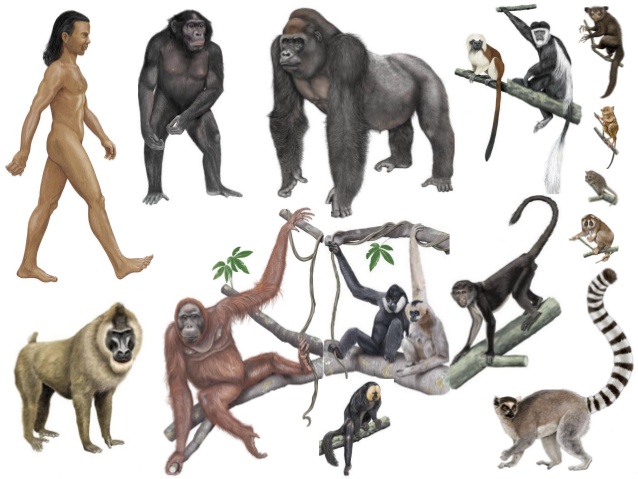 Many primates are almost extinct. While primates have a very developed vision, their sense of smell is diminished compared to other mammals. Their development is slower, they reach maturity later than other mammals, and they live longer too.

Primates are some of the most social animals, with many different types of groupings. Primates including humans form social groups based on a few distinguished models based on the size of the group and relationships between members: single female and her offspring, monogamous family group, polyandrous family group, one-male-several-female group, multimale-multifemale group and fission-fusion society.

The strongest group organisation in primates is the single female and her offspring which occurs commonly in orangutans.

The monogamous family group is formed of both parents and their offspring and is represented by some New World monkeys, and is a prevalent group type in humans too, even in polygamous cultures.

Polyandrous family groups consist of multiple males mating and rearing offspring with a female, found in tamarins and some humans.

One-male-several-female groups do what they…