Humans are still happy to attempt this task, even though it is clearly one for the machines to tackle. Soon enough this will be the case, however for background or at least a history lesson, here is how things run with humans involved.

Scientists strive to publish their work in scientific journals which are ranked based on the popularity of their content in terms of how many new scientists refer back to older work by previous scientists (or sometimes their own previous work!), and carry out the peer review process which attempts to act as quality control on the work submitted for publishing. This builds into the scientific literature which is growing past roughly 50 million papers. 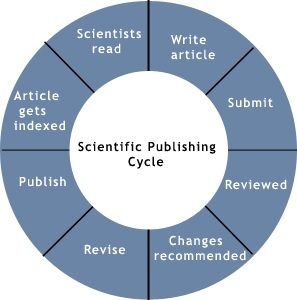 Peer review means that scientists in a relevant field to the work submitted comment on the submission. This informs the journal editor in their decision to accept or reject the submission, sometimes subject to new work being added onto the submission, or changes to be made.

[This process is very poor and has fallen victim to many fundamental issues: personal issues between scientists, peer reviewers and editors, as they can often be working together or competing; personal-political issues between scientists, institutions and private companies, as vast funding, reputations and relationships can rely on certain work being published in a certain journal at a certain time; human error, as the process often relies on as few as one or two peers judging one submission.

The publishing process itself can take as long as months or years to complete, and the top journal which is Nature is a for-profit organisation which fuels this…