As populations of certain species become smaller, for example due to overfishing, their genetic diversity shrinks, and inbreeding predisposes them to deleterious phenotypes. There is a threshold for how low a population can get before it can no longer be saved from extinction. This differs between species, and there are species which are inherently of low genetic diversity without having problems.

Recovery of populations following exploitation involves letting them breed without interference to their previous, high level of individuals, and thus refresh their genetic diversity.

The effect is the same: the genetic variation of the new population is decreased compared to the original population. 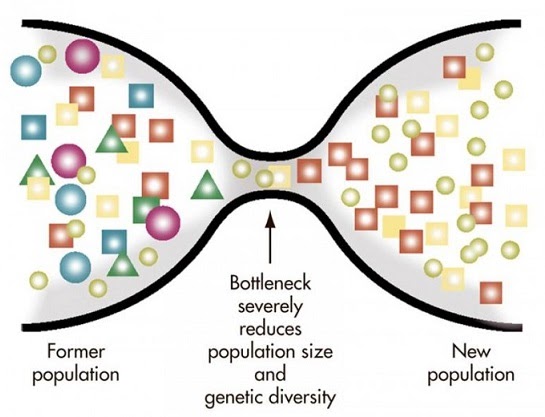 Different species occupy different niches in a habitat. As such, there are edge species that thrive at the boundary between habitats, and interior species that reside in the heart of the habitat. Damage to habitats at their edges can create habitat fragmentation..