Classification in kingdoms has had a fairly long history of going backwards and forwards in terms of which kingdoms to include, and how many there are in total. For example, one of the latest classifications puts forward 7 kingdoms.

The five-kingdom system of Prokaryotae, Protoctista, Plantae, Fungi and Animalia is already half a century old, has been up for debate as well, and will probably continue to evolve as we learn more about new species and the relationships between different kinds of organism. So, without further ado, let’s learn the basic principles of these kingdoms and what kind of organisms they represent.

This kingdom was used to refer to single-celled prokaryotes such as bacteria and archaea, and it rose to prominence in the 1920s because the important distinction between eukaryotes and prokaryotes was just beginning to take hold. 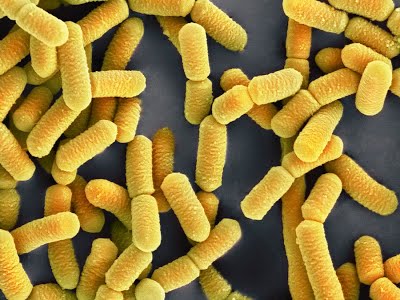 Pictured Lactobacillus is a bacterium added to so-called “probiotic” foods. Archaea look similar to bacteria, so weren’t distinguished for a while, before molecular biology revealed that their genes and protein synthesis machinery are very different and more closely related to those of eukaryotes. Many famous archaea are what’s called extremophiles because they were found in extreme environments such as boiling water and extreme acidity.

Cell division in prokaryotic organisms such as bacteria is very simple. Termed binary fission (splitting in two), it involves duplication of the cell’s DNA and the even splitting of the copied genetic material into its two offspring cells, which in this unicellular organism effectively becomes two new individuals.

The cytoplasm is therefore also evenly divided alongside the respective genetic material. However, you might remember that these organisms have extra genetic information in plasmids alongside their main DNA. The number of copies of plasmid that each new cell receives from the parent cell during binary fission is variable.

In the diagram only the main DNA is pictured (plasmids are much smaller) as well as the cell wall which can be seen pinching from the sides of the new emerging offspring cells, and gradually tearing a path towards the middle to separate the two cells. Very much the same idea as cytokinesis in mitosis, although bear in mind these cells do also have a cell wall to worry about in addition to the membrane!

This is not the best kingdom to start with, because it’s defined mostly by organisms which do not make it into the other kingdoms more than anything else! It refers to….