Antibody and antigen tests for TB and HIV

Immunity against invading pathogens is a crucial part of maintaining health. The body has adaptations which prevent invasion by pathogens, as well as processes in place to deal with those that manage to penetrate the body’s primary defenses. The skin and mucous membranes (e.g. mouth) are examples of such defenses. Sweat contains lysozyme which is an enzyme that breaks down bacterial walls. Stomach acid also destroys microorganisms that are ingested.

If pathogens do invade the body, the subsequent immune response is split between:

Neutrophils are the most abundant white blood cell that identifies foreign agents in the body and digests them by phagocytosis. 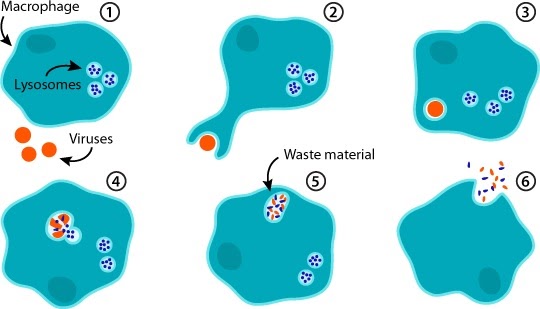 Opsonins are part of opsonisation, and are antigens that mark invading particles for phagocytosis. The plasma membrane of a phagocyte envelops the invading agent, forming a phagosome vesicle. This fuses with a lysosome that contains the digestive enzymes that will break down the invading agent.

Macrophages are present in tissue and have a similar phagocytic function, but additionally present fragments of the invading agent as antigens to the type of lymphocyte (T cell) that requires this information to identify the invader and mount…