Urinogenital (a.k.a. urogenital; genitourinary) systems play roles in excretion (releasing urine produced by the kidneys) and reproduction via the genitals. The grouping arises due to the physical proximity of the systems, their common developmental pathway, and some of their shared pathways. 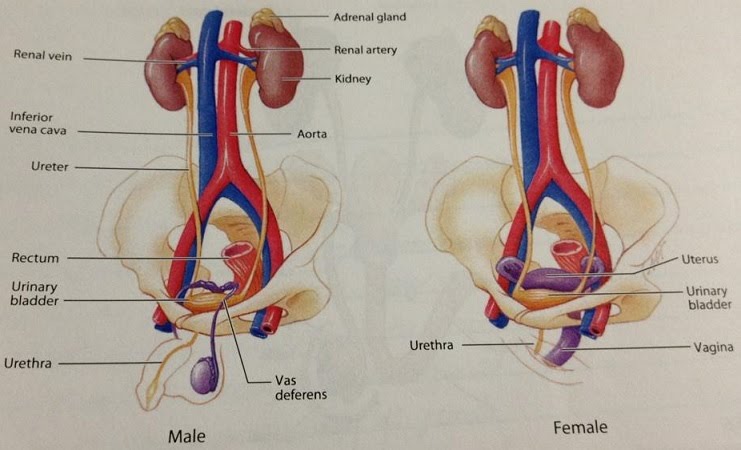 The male urethra is a shared pathway for urine during excretion as well as semen during ejaculation. The kidneys are connected to the bladder via the ureters. The urethra develops further out of the bladder and provides the exit path for urine. In the female urinogenital system the urethra is separate, lying between the clitoris and the vagina.

The gonads – ovaries and testes – produce gametes, the haploid sexual reproduction cells made through meiosis, which upon fertilisation complete the chromosome set and start the development of a new human. The gonads are part of the reproductive system which contains other organs with varying functions to assist sexual reproduction. 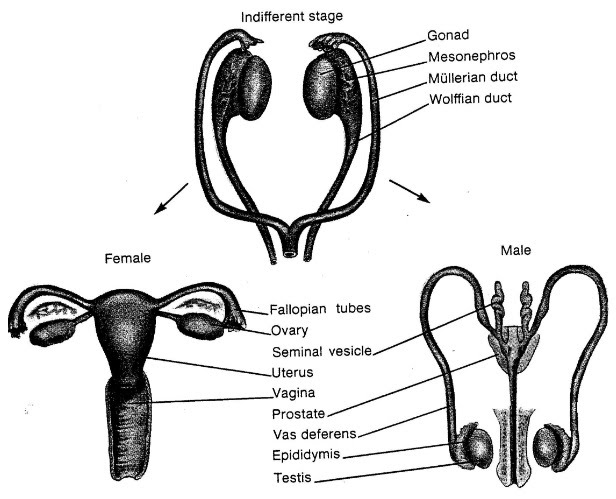 Gonads differentiate before birth in humans, into testes or ovaries.

Ovaries produce egg cells released one (sometimes two! or many more if induced by hormones e.g. IVF) at a time, which travel from each ovary (they take turns to release an egg) down the Fallopian tube towards the uterus. The egg can undergo fertilisation by a sperm cell…..