In terms of the formation of pollen grains and embryo sacs, the sequence of meiosis and mitosis between precursor stages of development is similar to that in mammals. Instead of mammalian testes and ovaries, plants have equivalent structures called anthers and ovules. 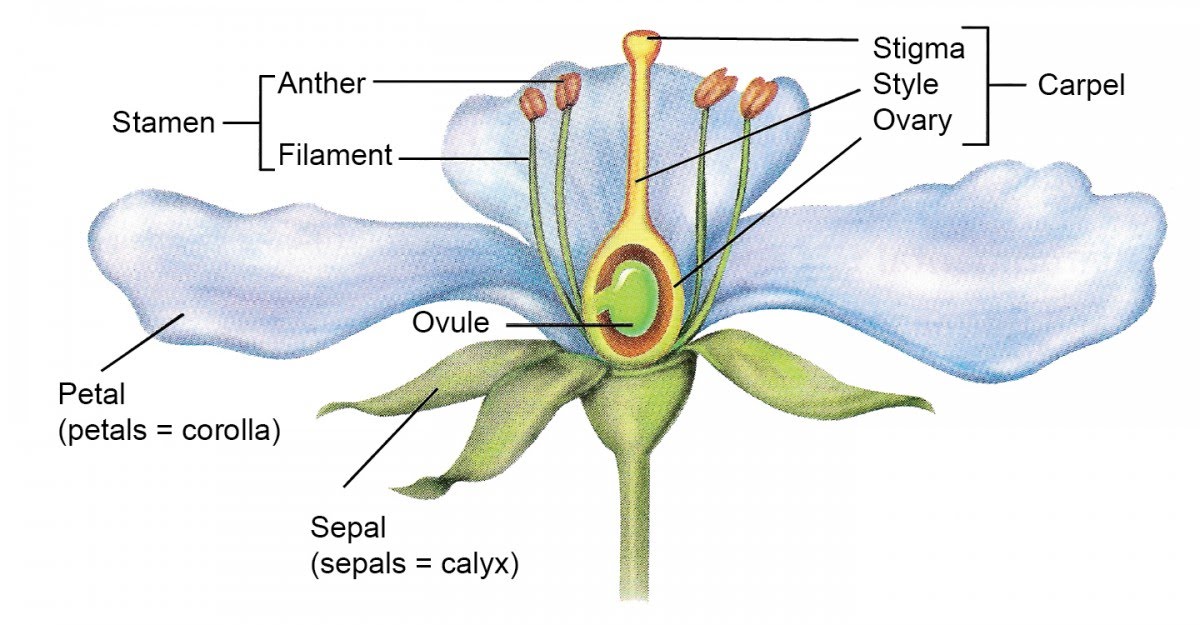 You might notice the ovule is inside a structure also called ovary. The flower ovary is what later develops into fruit. You know, apples, pears, etc. Their seeds are what is created as a result of the processes about to be outlined, inside the ovule. Another point to note is that both reproductive structures, anthers and ovules are present in the same flower. There are species that only have one or the other, but it’s common for them to have…