Flowering plants (angiosperms) reproduce sexually via cells produced in their flowers. The environmental conditions that stimulate flowering in plants include a period of cold i.e. chill time that informs the plant what time of the year it is. It would be a waste to flower in autumn because the approaching winter would bring conditions not favourable to survival and dispersal of seeds from the flower.

Therefore, a chill period predicts that spring and summer are to follow, so flowering may commence. The process isn’t instantaneous, so the actual flowers finish developing once the climate is optimal rather than in the actual winter. 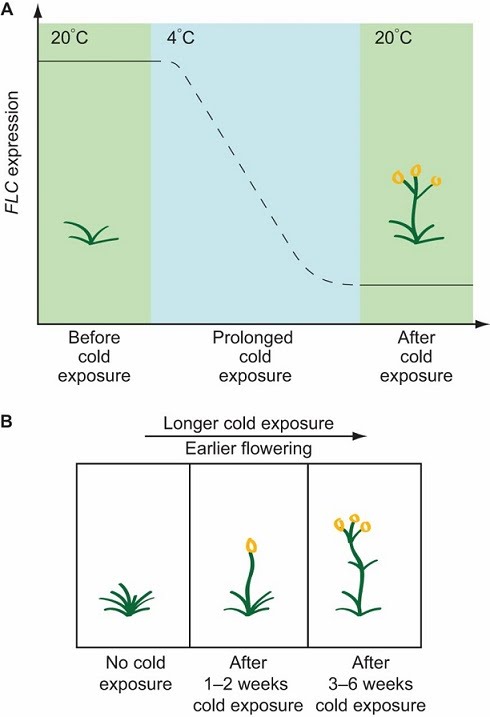 This response is called vernalisation (FLC stands for flowering locus C – a gene responsible for vernalisation; it is expressed highly in the plant before the chill time, during which it decreases, finally kick starting flowering).

In addition to this, phytochrome (a plant receptor; more on this later) informs the plant on how much daylight is present. It directly responds to light, and controls the processes of growth and flowering.

Right, let’s delve into it!

In terms of the formation of pollen grains and embryo sacs, the sequence of meiosis and mitosis between precursor stages of development is similar to that in mammals. Instead of mammalian testes and ovaries…..