There are multiple, complex reasons behind species endangerment and extinction on Earth – many caused by human practices. Some practices have been curbed or changed thanks to various international agreements and treaties.

A seemingly small increase of several degrees Celsius can have vast effects on the Earth’s crop plants, insect pests and wild plants and animals.

For example, the life cycle of many insect pests is tightly regulated by temperature. A very finely tuned heating up or cooling down triggers development and reproduction. The result of warming is a faster life cycle which means that instead of one generation arising yearly, there might be two or three generations arising yearly instead. This poses problems for the protection of crop plants.

Another example is the redistribution of wild animals. Changes in temperature cause migrations towards the poles of the Earth, and increased desertification at the equator.

The susceptibility of various parts of the world to be desertificated has also been projected; 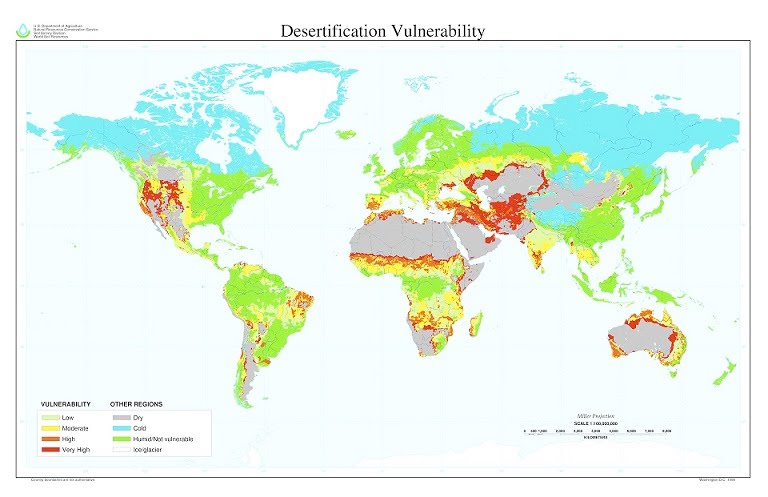 CITES is the Convention on International Trade in Endangered Species of Wild Fauna and Flora, or the Washington Convention. It is decades old now, and has been signed by almost the whole world. Its purpose is to ensure that trading plants and animals does not result in their extinction from their original habitat. To this end, it confers different levels of protection to tens of thousands..