👨‍👦 The effects of ageing on the reproductive system

Decline of Testosterone with age

The effects of Menopause

The Effects of low Testosterone

Ageing affects the reproductive system adversely, as with all other systems. It results in a decrease in the production of estrogen by the ovaries and testosterone by the testes. The former is a relatively sudden drop that halts the production of eggs and heralds menopause. The latter is a gradual drop over time that begins from a relatively younger age.

The menopause has an onset around age 50 and marks the end of unassisted fertility. The reproductive system shuts down with no eggs being released, estrogen levels dropping, and a series of symptoms and short-term and long-term side effects that impact individuals to varying degrees. In severe cases, hormone replacement therapy (HRT) is used to treat the symptoms. 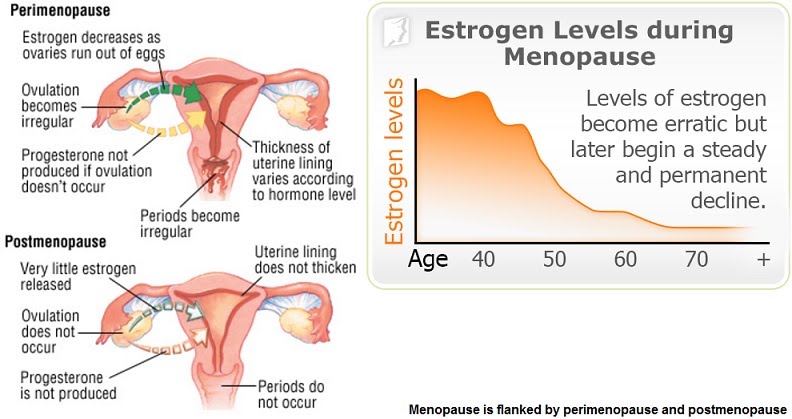 Since sperm production in the testes handles millions of cells, a decrease in testosterone and hence testes activity does not result in a sudden, definitive end to unassisted reproduction. Fertility remains possible, although sperm count is lower and sperm may be of lower quality. Symptoms of a lower testosterone level present present to varying degrees in individuals. HRT is possible in this case as well (although it would require strong symptoms alongside a low blood level of testosterone, and the side effects of HRT may outweigh the benefits)…..