I mean, water. What more is there to say? It’s water for crying out loud. It does cool tricks. 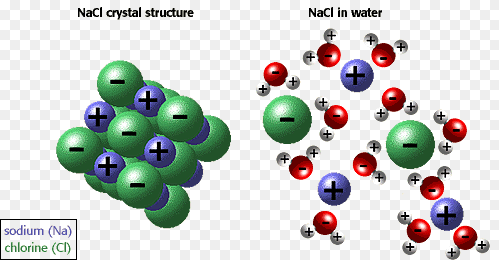 Water is to solvent as bear is to North Pole. It is polar. Water is a polar solvent. I could have just said it plainly but I had to insert a ludicrous arctic animal joke. So, water is polar. Because the oxygen in water has a negative charge relative to the hydrogens which bear a relative positive charge, ions such as those found in sodium chloride (NaCl) can bind respectively to the oxygen side or to the hydrogen side. Thus, the salt is soluble and dissolves.

The dipole nature of water enables hydrogen bonding which takes place between the hydrogen atoms of one water molecule and the oxygen atom of another.

Water’s heat capacity is pretty decent so it buffers changes in temperature produced by other reactions and the environment. For the purposes of temperature regulation which is fundamental to many living systems, it has a reasonably large latent heat of vaporisation…..