These factors can be physical, such as UV radiation from the Sun or the radioactivity of certain chemicals such as carbon 14 (14C). They can also be chemical such as chelating agents (which bind to DNA between bases and can cause frameshifts) like ethidium bromide (mutagen), or indeed asbestos (carcinogen). 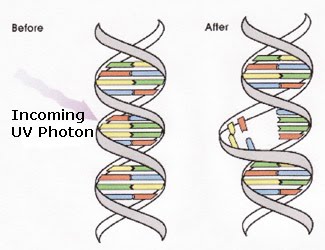 Some biological carcinogens include chemicals from the fungus Aspergillus and some bacteria.

Mutations are a random occurrence during DNA replication and the rate of mutation is influenced by external factors such as UV radiation. There are…