Following the successful first complete sequencing of a human genome, an updated project called 100,000 Genome Project in the UK has been launched by the government through the NHS to sequence the genomes of rare disease and cancer patients as well as their families. The insights gleaned from this data may serve to find treatments, as well as provide a rich source for further research that may be relevant to other disciplines in molecular biology and epidemiology.

I got some of my DNA screened for several select markers, including for Alzheimer’s disease and Parkinson’s, as well as many inherited conditions. Before I could see the results, which could tell me I am at a higher risk for some of these conditions, I had to read a statement explaining what these results could mean, not just for myself, but for members of my family too. Maybe I didn’t really care at the time whether I would be more likely to get Alzheimer’s in my old age, but suddenly I realised it might be extremely relevant for my mother or grandmother.

Genetic information can affect people’s outlook on health, lifestyle, family connections, reproduction and identity. Personally, I found out I am a carrier of a thrombosis factor associated with a 5 times higher risk of blood clotting. It won’t affect me, but it might affect my genetic children if they receive two copies. I also found out I metabolise certain drugs quicker, and others slower. This might be useful in the future if I need to take them. Some are for epilepsy, some for diabetes, and so on.

Ancestry-wise, I expected my mother’s side to be Balkan (Romanian), and my father’s side to be Middle Eastern (Iranian) based on the region assignments at the time, representing population locations as far back as several hundred years. Indeed, I scored 43% Middle Eastern, but only 14% Balkan! Other populations included Ashkenazi Jewish, Italian and East Asian, with most of it being non-specific, vaguely European. I take it in good humour and am very proud of all these findings, but there are people who might have strong reactions to this type of knowledge about their ancestry. 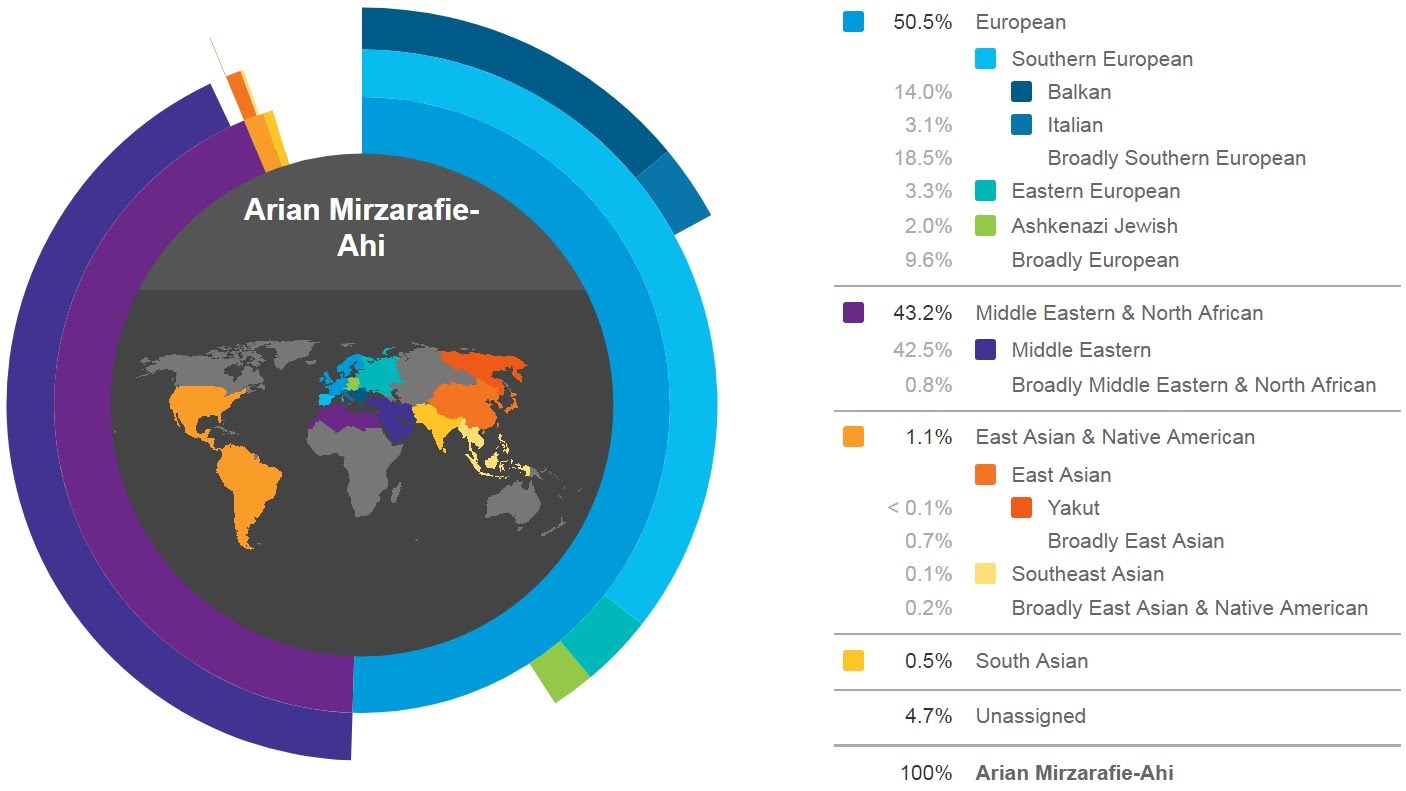 The ethical implications stretch quite far and wide, up and down. The knowledge pertains to trivial matters such as earwax type and caffeine metabolism, but also significant health markers such as those for breast cancer and Alzheimer’s. They pertain to ourselves as individuals, but stretch to our immediate genetic relatives, generations above, generations below and indeed those yet to be born. This is why this information requires careful treatment…